Start by making sure that SoftMax PRO export format is plate under preferences: 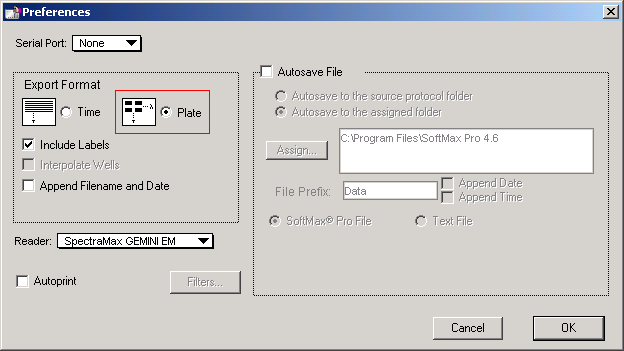 To make SoftMax PRO export raw data, make sure that it is set to display the RAW data 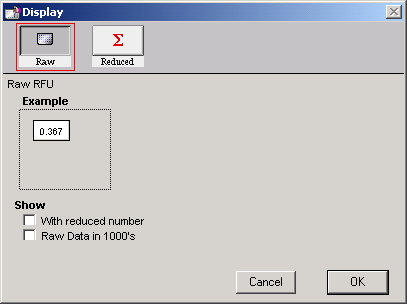 Now you’re ready to export the kinetics data to a text file. 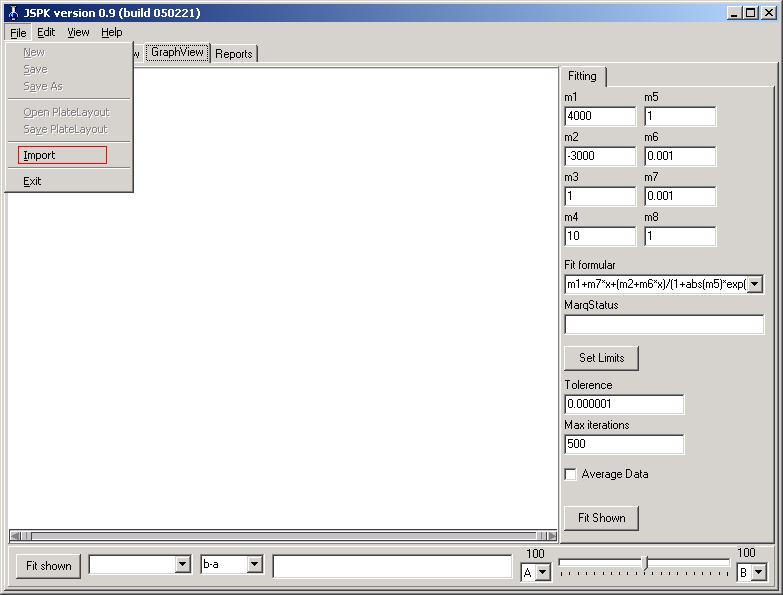 Under the ‘DataReview’ tab the raw data can be reviewed in a time based format and copied to spreadsheet programs. Two first columns contains the time and the temperature measured by the SpectraMAX at the given time. Each of the next columns contains the raw fluorescence data collected at one wavelength in one well. “330A1” means the fluorescence observed at 330nm in well A1 of the plate, and so on. 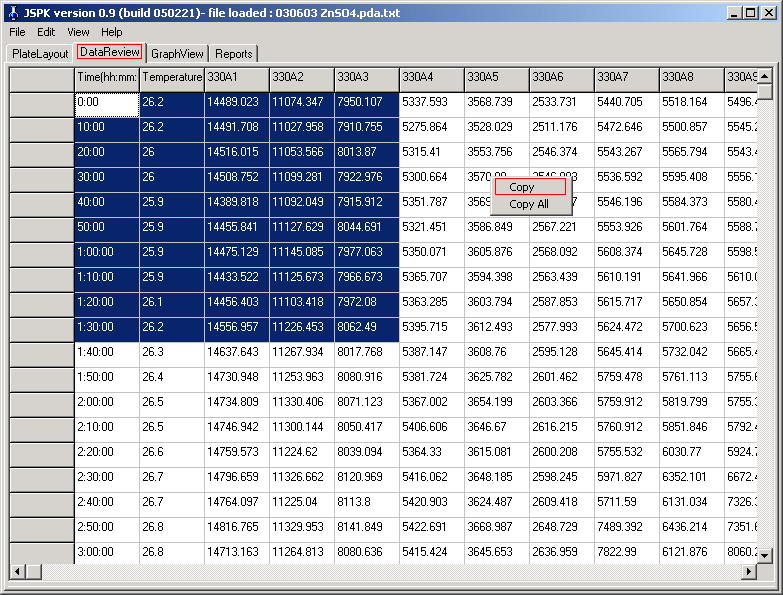 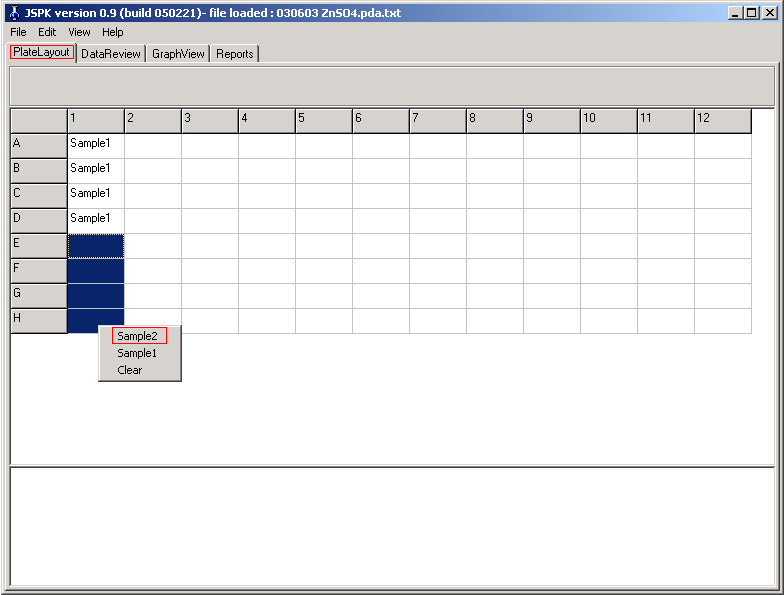 Plate layouts can be saved in the ’File’ menu under ‘Save PlateLayout’. 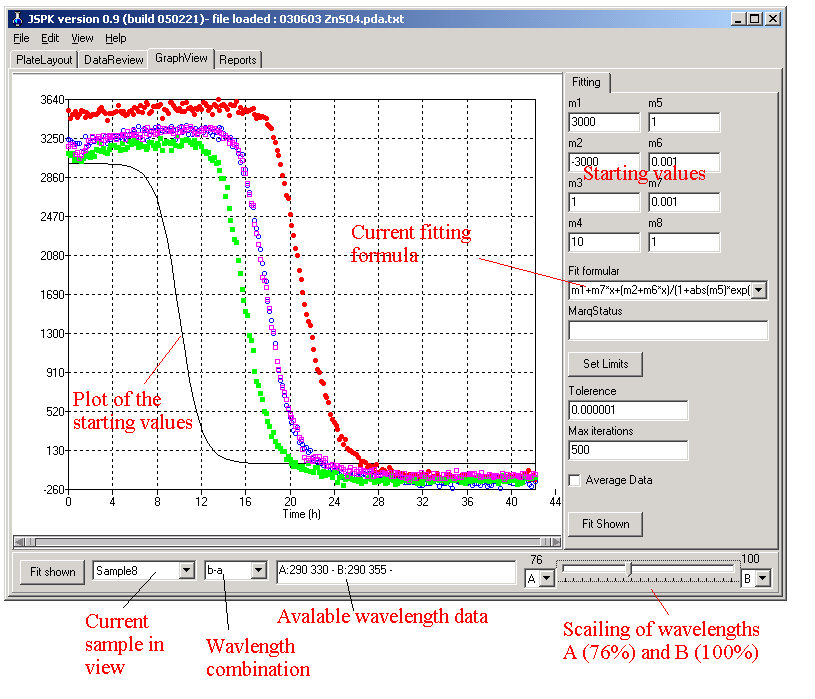 6.    Average signal of replicate wells over time (after wavelength combination) 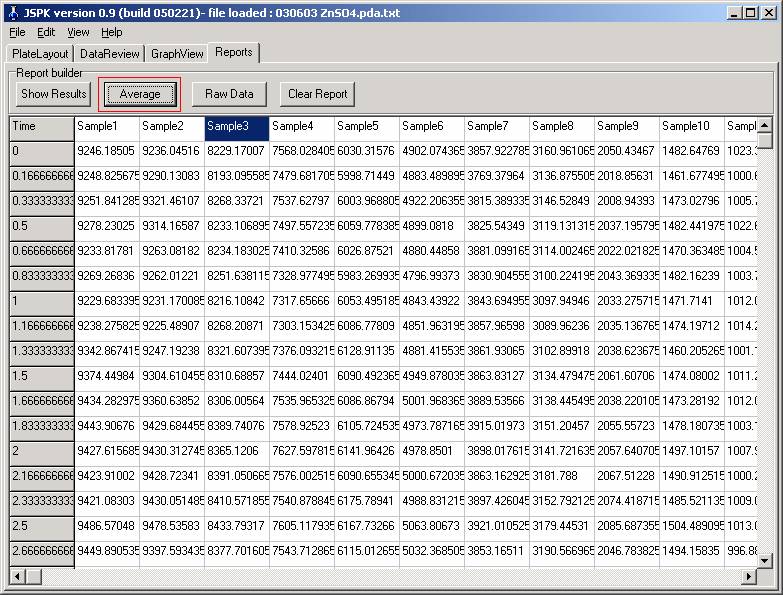 7.    Getting fitted variables out

To get the results out go to the ‘Reports’ tab press show results to get out the fitted variables. The sheet also contains the standard deviations of each fit and the formula that was used for the fitting. 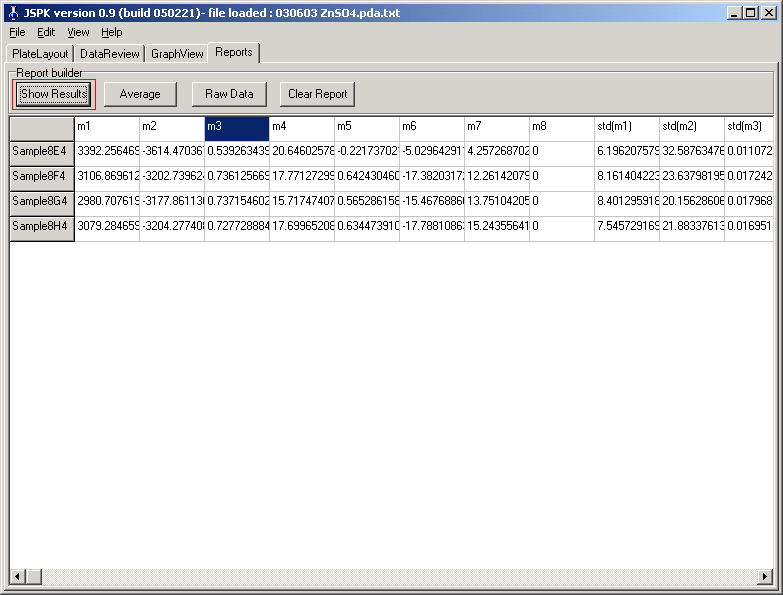